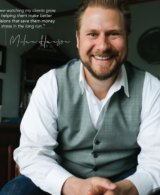 Born and raised in Medford, Ore., Milan followed in his family’s footsteps to become a fourth-generation attorney. Milan minored in Chinese and Japanese at the University of Oregon, but his interest in foreign languages started in high school. At 15, Milan participated in a Boy Scout exchange program and traveled to Japan. After returning home, Milan studied and learned Japanese on his own time. He continued to pursue his passion for language, and has even represented clients speaking only Spanish.

View Profile
WHAT IS AN ENDORSED MEMBER? SEARCH FOR MORE LAWYERS